Template:Infobox spaceflight STS-46 was a NASA Space Shuttle mission using Space Shuttle Atlantis and was launched on 31 July 1992 at 9:56:48 am EDT.

The mission's primary objectives were the deployment of the European Space Agency's EURECA (European Retrievable Carrier) and the joint NASA/Italian Space Agency Tethered Satellite System (TSS). EURECA was deployed a day later than scheduled because of a problem with its data handling system. Seven and a half hours after deployment, the spacecraft's thrusters were fired to boost EURECA to its planned operating altitude of around 310 miles. However, thruster firing was cut to six minutes from 24 minutes because of unexpected attitude data from the spacecraft. The problem was resolved, and EURECA was successfully boosted to its operational orbit on the mission's sixth day. TSS deployment also was delayed one day because of the problems with EURECA. During deployment, the satellite reached a maximum distance of only 860 feet from the orbiter instead of the planned 12.5 miles because of a jammed tether line. After numerous attempts over several days to free the tether, TSS operations were curtailed, and the satellite was stowed for return to Earth. It would be reflown in 1996 on STS-75. 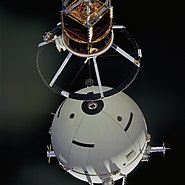 TSS deployment
Add a photo to this gallery

Retrieved from "https://nasa.fandom.com/wiki/STS-46?oldid=19699"
Community content is available under CC-BY-SA unless otherwise noted.